The Food Detective makes the work of detecting and managing food intolerances easier:

The technology used in the Food Detective is Enzyme-Linked Immunosorbent Assay (ELISA), which is the same laboratory method used for most hospital lab-tests for antibodies. ELISA is used daily throughout Ireland to test for serious conditions such as HIV, Hepatitis and most infectious diseases.

Food intolerance is not immediately life-threatening but can still leave the sufferer feeling extremely unwell. Studies show that many people notice a pattern of illness and intuitively suspect foods. However, the symptoms may take days/weeks to build-up into physical pains, like joint pains, muscle pains, headaches and stomach aches. A number of foods combined causing ill reactions make it hard to clearly identify the problem foods.

As food intolerance is associated with antibody-antigen reactions and consequent inflammation, many parts of the body are affected. And the problem is aggravated by the fact that the ageing process itself is associated with increased levels of inflammatory cytokines, making problems easier to trigger.

Even before inflammation becomes a definable disease, sufferers of food intolerance may complain of lethargy, brain fog, and a general feeling of unwellness, symptoms that can persist over years. In the early stages, these symptoms cannot be easily diagnosed medically. Patients may feel their concerns are dismissed as insignificant, or 'all in the mind'. In the end, it's not enough to just treat a symptom, it's even more important to learn how to prevent and control.
* nasal symptoms or wheeze can also be provoked by so-called 'true allergy' an IgE antibody reaction against dust mites, pollens, cat or dog dander, or a combination of these. Symptoms of 'true allergy' may tend to be worse in the summer (during pollen season) or in the mornings (if dust-mites are involved).

The report will be provided by The Ultimate Health Clinic.
The FD Pro detects elevated levels of IgG antbodies against over 50 of the most commonly implicated food allergens, including cow's milk, yeast, egg, gluten, wheat, nuts and many more.
The FD Pro is manufactured in the UK by Cambridge Nutritional Sciences and registered as an in vitro diagnostic with EU and Irish health authorities. 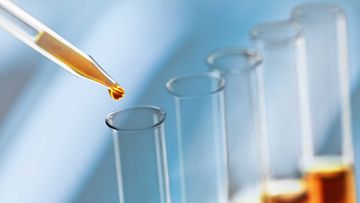